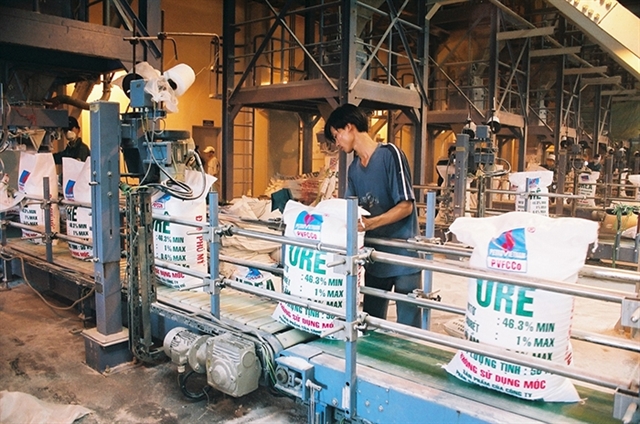 HÀ NỘI —  Free trade agreements (FTA), including the latest one signed between Việt Nam and the EU, will benefit the domestic fertiliser sector, with more diverse import and export markets, experts said.

Statistics show that Việt Nam imports about 4 million tonnes of fertiliser worth about US$1.33 billion from 48 countries and territories each year, with 0.22 million tonnes coming from 17 EU countries.

The EU-Việt Nam Free Trade Agreement (EVFTA), once effective, will lead to reductions in fertiliser export and import duties. However, to optimise the deal, experts suggested the industry make greater efforts to improve product quality in accordance with EU standards.

According to Phạm Minh Lan, head of the Fertiliser Management Bureau under the Plant Protection Department of the Ministry of Agriculture and Rural Development, fertilisers from EU make up 5.5 per cent of Việt Nam’s total fertiliser import volume and value, or 0.22 million tonnes and $73 million.

Currently, Việt Nam imports about 0.25 million tonnes of organic fertilisers worth $45 million from 33 countries and territories, with 42 per cent from nine EU countries, mostly the Netherlands and Belgium.

Thanks to the benefits of FTAs, Viet Nam expects to welcome more investment and domestic firms will have more opportunities to access scientific and technological advances from developed countries.

The official suggested agencies map out plans to put an end to the use of chemicals in agriculture in order to help businesses utilise the advantages of FTAs.

Lan also proposed intensified communication activities to help enterprises understand more about the EVFTA, thus charting their own business strategies for both the short and long term towards sustainable development. — VNS