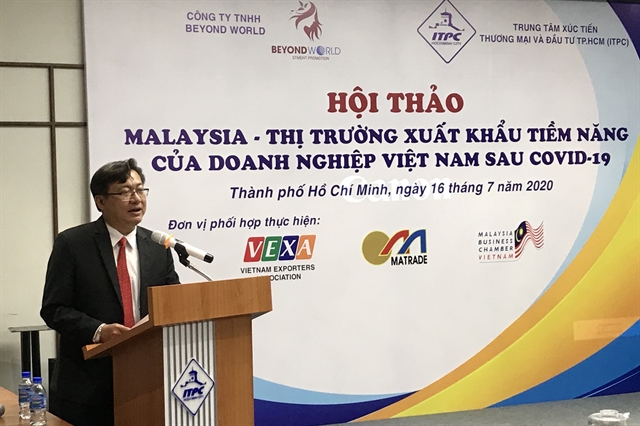 HCM CITY — Malaysia could become one of the biggest export markets in ASEAN for Việt Nam, especially in the post-pandemic period, a city official said at a meeting in HCM City on Thursday (July 16).

Nguyễn Tuấn, deputy director of the HCM City Investment and Trade Promotion Centre (ITPC), told a seminar on exports to Malaysia organised by the centre that economic and trade co-operation between the countries has been growing in recent years.

Việt Nam and Malaysia are members of the ASEAN Economic Community (AEC) and the Comprehensive and Progressive Agreement for Trans-Pacific Partnership (CPTPP), he said.

It is the third largest export market for Việt Nam in the region after Thailand and Cambodia, he added.

Bilateral trade last year was worth US$11.1 billion, with Việt Nam’s exports being $3.8 billion, or 15 per cent of Việt Nam’s total export to ASEAN member countries.

The pandemic has severely affected almost all socio-economic aspects like health, transportation, tourism, education and trade, he said.

Due to the pandemic, in the first half of the year Việt Nam’s exports to Malaysia declined by 17.4 per cent year-on-year to $1.6 billion, he said.

“The centre has taken drastic measures to support businesses to increase exports by developing new supply chains and expanding and diversifying export markets.”

Raphy Md Radzi, Malaysia’s trade commissioner in HCM City, said Việt Nam and Malaysia are important trade partners and should enhance promotions to achieve their trade targets after the pandemic.

Vietnamese exporters could also co-ordinate with Malaysian service companies for distribution of their goods globally, he added. 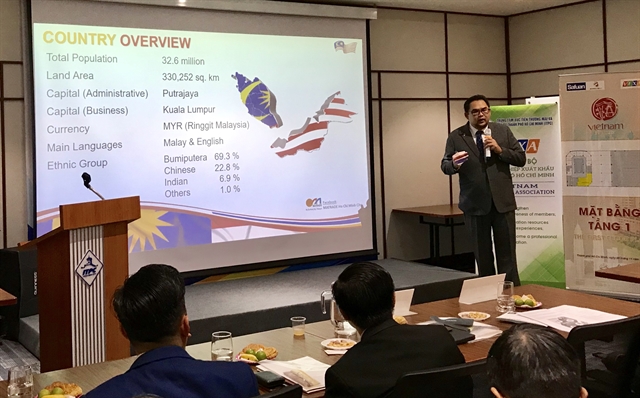 Theng Bee Han, chairman of the Malaysia Business Chamber, too said, “Vietnamese businesses should not only consider Malaysia a potential export market but also co-operate with Malaysian companies to tap the world market.”

Malaysia has a large Muslim population, and therefore exports to it must meet Halal standards for products like food, medicine and cosmetics, and should also comply with food safety, labelling and traceability regulations, he said.

It is expected that by 2030 the global Halal industry will be worth $30.6 trillion, including $1.1 trillion in the Asia Pacific region, with Malaysia accounting for $228.5 billion, he said.

Vietnamese farm produce and seafood products meet Malaysia’s food standards, and when they receive Halal certification, they could be exported to the country, he said.

It is among the largest rice importers in ASEAN, with annual demand at 900,000-1 million tonnes.

In recent times, Malaysia’s demand for medical masks, gloves and other protective equipment has surged due to the pandemic.