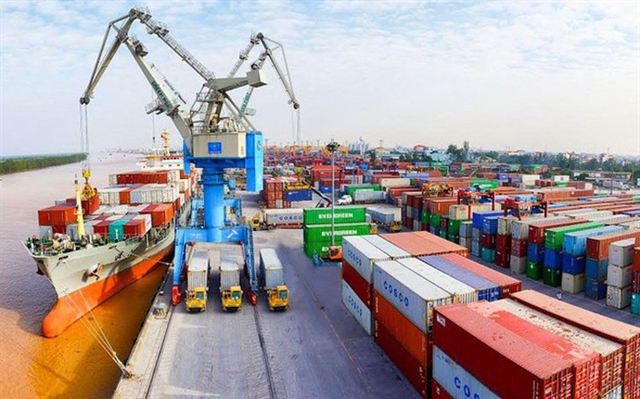 Hastening the issuance of legal documents to implement FTAs is important so that Việt Nam could grasp the opportunities from the trade deals. — Photo vov.vn

Speaking at a working session between the National Assembly Standing Committee and ministries of industry and trade and planning and investment on Wednesday about the implementation of FTAs, Deputy Minister of Industry and Trade Trần Quốc Khánh said that the trade deals brought benefits, but the gains had not been breakthroughs in terms of quality.

Khánh pointed out that the many products of Việt Nam were not competitive and had low added value, while firms were still struggling to participate in the global and regional value chains and were heavily dependent of imported raw materials.

Cương said that it was also necessary to clarify accountability in the slow issuance of legal documents, adding that issuing legal documents was essential to improve the legal framework to implement FTAs efficiently.

He said that communication activities must be promoted to raise awareness among enterprises and enable them to get ready for FTAs.

Consultancy should also be provided to enterprises to meet technical standards of FTA partner markets, as well as applying non-tariff barriers to move towards trade surplus and dealing with trade disputes.

The Ministry of Industry and Trade must focus on developing decrees on resolving competition issues and certification and verification of product origins which were important to enable Vietnamese firms to take advantage of the trade deals, he said.

The NA Economic Committee member Trần Hoàng Ngân said that in the implementation of FTAs, Việt Nam needs to set criteria to screen investors because the country was now aiming at attracting high-quality foreign direct investment which would bring high and environmentally-friendly technologies into Việt Nam, promote technology transfer or encourage the participation of local companies in global value chains.

Minister of Planning and Investment Nguyễn Chí Dũng said that the FTAs required Việt Nam to continue improving the institutional and legal frameworks to ensure consistency, transparency and fairness to limit disputes with foreign investors. He also said it was necessary to improve the early warning system to prevent disputes.

The opening of markets together with commitments on creating a level business environment for both local and foreign investors might put pressure on Vietnamese firms in competition, Dũng said, urging firms to focus on renovating production, improving efficiency and increasing labour productivity, so that their competitiveness could be enhanced and they could take advantage of the FTAs.

Dũng also urged coordination between the NA and relevant Government agencies to issue legal documents to implement FTAs with the highest efficiency.

He proposed the NA to support the Việt Nam’s participation in international treaties which were necessary to implement FTAs such as the International Centre for Settlement of Investment Disputes Convention.

Since joining the World Trade Organisation in 2007, Việt Nam has negotiated and signed a total of 16 FTAs, 13 of which were signed, including 12 in effect and the EU-Việt Nam FTA expected to come into force at the beginning of August

Three being negotiated were the Regional Comprehensive Economic Partnership, FTA with the European Free Trade Association and an FTA with Israel.

Excluding the Comprehensive and Progressive Agreement for Trans-Pacific Partnership (CPTPP) and EVFTA, Việt Nam’s exports to markets of 11 in-effect FTAs totalled US$123.11 billion in 2019 while imports totalled $186 billion.

Việt Nam’s exports to six countries which approved the CPTPP reached $35.4 billion in 2019, a year-on-year increase of 8.2 per cent. — VNS