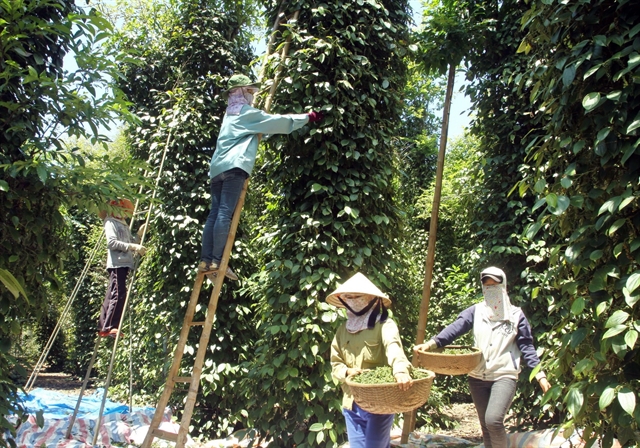 HÀ NỘI — The Ministry of Industry and Trade urges firms to control the quality of pepper exported to India and develop solutions to cope with policies affecting the export of pepper from Việt Nam.

The warning was issued after the ministry received notification from the Việt Nam Trade Office in India that the Association of Pepper Growers in South India claimed the content of piperine in light black pepper of Việt Nam (HS 09041120) did not meet the quality requirements of the India Directorate General of Foreign Trade.

In addition, in an article published in Hindu Business Line, the India Pepper and Spice Trade Association alleged that the piperine content in light black pepper imported from Việt Nam did not meet the minimum level of six per cent.

The Spices Board under the India Ministry of Commerce and Industry could evaluate the minimum piperine content in pepper imported from Việt Nam, which might negatively affect the reputation of Vietnamese pepper as well as causing disadvantages for Việt Nam’s export of pepper.

Việt Nam’s Ministry of Industry and Trade was cooperating with the trade office in India to verify the allegation and urge the Indian side not to introduce unfavourable policies on the pepper trade between the two countries.

The Vietnamese ministry also urged enterprises and associations to control the quality of exported pepper and prepare for policies on the import of pepper from Việt Nam.

According to the Việt Nam Pepper Association, the COVID-19 pandemic was weighing on pepper exports, which coupled with the unexpected drop in domestic pepper output was challenging the country’s target of exporting 280,000 tonnes and earning US$800 million this year.

Statistics from the General Department of Customs showed that Việt Nam’s pepper export was estimated at 166,800 tonnes in the first half of this year, worth $356 million, a drop of 5.7 per cent in volume and 21.1 per cent in value over the same period last year.

Amid the COVID-19 pandemic, the pepper import demands of Việt Nam’s major export markets, including India, the US and the EU, were anticipated to be low.

The domestic pepper cultivation was also unfavourable, due to climate change, falling pepper prices and diseases.